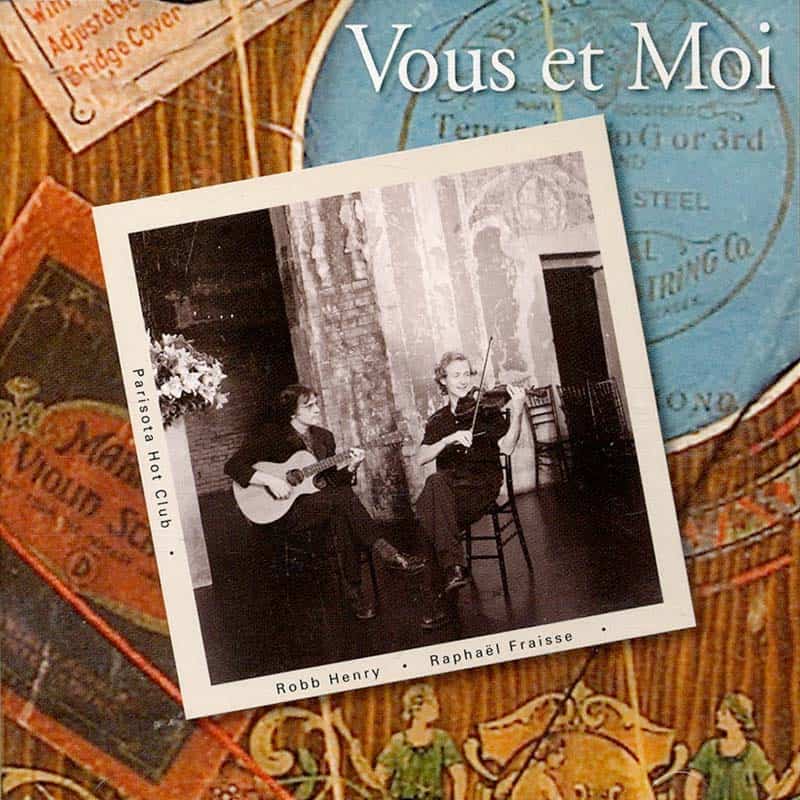 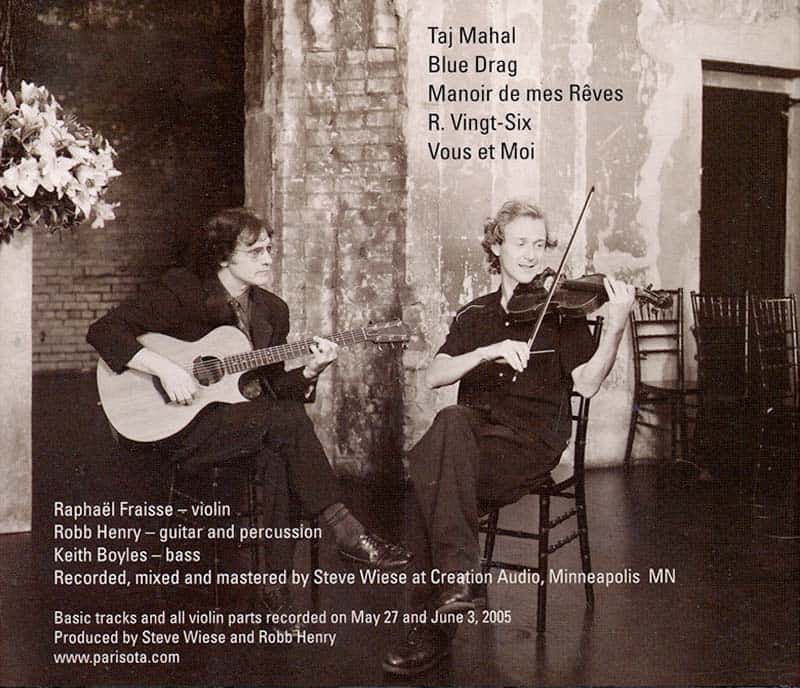 Raphaël Fraisse and Robb Henry founded the Parisota Hot Club in 2001, and by 2005 it had really hit its stride. The band had performed at Orchestra Hall as well as clubs and private events, had inspired other Gypsy-jazz groups, had two popular CDs on the market (“Swing in Djune” and “Gypsy in My Soul,” with singer Connie Evingson) and was planning a third CD.

Then, in March 2005, Raphaël was diagnosed with acute leukemia. Raphaël and Robb made two trips to the studio, in late May and early June, and recorded five pieces for what would prove to be a posthumous album. Raphaël died in May 2006.

“Vous et Moi” (“You and Me”) was released this month and is available at stores including the Electric Fetus, Cheapo, Treehouse Records and Barnes & Noble, and on the Web at www.parisota.com.

Raphaël recorded multiple tracks for Robb and engineer Steve Wiese to assemble later, and he harmonizes with himself when appropriate. Robb added tracks with several guitars, so he’s heard not only playing Djangostyle Gypsy lead, but also supplying the steady Hot Club “pompe” rhythm and lending these arrangements a distinctive flavor, but still faithful to the genre, with single-note filigrees on a Stratocaster electric. Versatile veteran Keith Boyles provided string-bass tracks, also in a later session.

The centerpiece of the abbreviated album is “Manoir de Mes Reves” (literally “Manor House of My Dreams,” often called “Django’s Castle”). In this recording’s rich harmonics and achingly poignant phrasing, Raphaël and Robb seem to be saying goodbye to each other, and to us, in a way that transcends words.

The next track is a jaunty take on “R. Vingt-Six,” featuring some deft violin solos that are prime examples of Raphaël’s skill. Closing the album is the warm and bittersweet title piece.

Raphaël sent liner notes from Paris on April 27, ten days before he died. Regarding “Manoir,” he wrote: “Music takes us to some nice places sometimes, but if this very one can bring you to asking yourself where this voyage is taking you, it will have a great reason to be. For as we all get close to the end, I wish all of you my friends will understand.”

It’s tempting, and natural, to listen to this disc and dwell on what might have been, mourning what we’ve lost. Better to enjoy what is there and celebrate our good fortune that Raphaël was with us for the time he was here.