Notes on the passing of Raphael Fraisse

It’s a sad fact that we in the jazz world regularly find ourselves celebrating the lives of departed musicians we’ve admired. Usually they’ve lived into their 70s, 80s or even 90s and have enjoyed long careers.

It’s heartbreaking when we lose a young bright light who has only recently brought fresh promise to the music scene – a gentle, genuinely decent person as well.

These are my impressions and recollections of Raphael Fraisse, the talented jazz violinist who died May 7 at age 31.

Thanks to Dr. Henry Blackburn and banjoist/guitarist Brian Peterson, I had the good luck to play chords behind Raphael on several occasions before he formed the Parisota Hot Club.

Raphael was nearing his mid-twenties when he came to Minnesota as a teacher of social studies and French at the private International School in Eden Prairie. He said he had grown up, in France, listening to his parents’ records of American jazz. He was particularly taken with the sound of Gypsy jazz as played by Stephane Grappelli and Django Reinhardt in the 1930s and ’40s. He studied classical violin in Paris.

Henry Blackburn and trombonist/guitarist/pianist Roy Prohofsky introduced Raphael to the Twin Cities jazz scene. Blackburn met Raphael at the Alliance Francaise in the Minneapolis Warehouse District and invited him to sit in for a few tunes with the Bill Evans New Orleans Jaxzz Band at Chang O’Hara’s in St. Paul, where the band played every Sunday afternoon in the latter 1990s. I happened to be playing banjo and guitar with the band on one of those occasions, and that was my first meeting with Raphael. I was impressed by his musicianship – we played a blues in B flat, as I recall, not the easiest key on a violin. I was also glad to see a young person show so much enthusiasm for the music.

Raphael made friends quickly here. He and Brian Peterson got acquainted in the Dixieland group Fidgety Feet, then the two got some jobs billing themselves as the Minneaparis Duo, including performances at the old Pierre’s Restaurant in St. Paul (now the Heartland, under new ownership). The duo produced a home-brew CD that foreshadowed things to come.

On one memorable evening Raphael, Brian and I played for a relaxed crowd at Dunn Brothers coffeehouse in the Linden Hills neighborhood of Minneapolis – for a pound of coffee beans apiece, plus shares of a tip jar.

Playing with Raphael, no matter the setting, one was constantly reminded that for him the music was pleasure, not work. He’d skip through an improvised solo like a light-footed deer, pulling accompanists along to share the fun.

Blackburn, Prohofsky and I were members of a big band Raphael recruited to play at the International School one day, and we had an opportunity to see another side of him – and how well-liked he was by his students.

Not long after that concert in 2001, Raphael put together a group to play at the Alliance Francaise Christmas party: Loren (Wally) Walstad on lead guitar, Brian Peterson and myself on rhythm guitars, Bob Salter on string bass, backing Raphael in a sort of Hot Club Big Band. We were joined by a new guy – Robb Henry, whom Raphael had recently met and invited to sit in.

Robb proved to be the key ingredient for a genuine Hot Club sound. He astounded us with solos that sounded like Django, all the while fitting into the band modestly and respectfully. I’d say the Parisota Hot Club was born that night.

Raphael and Robb soon put together a permanent Parisota with Bobby E. Ekstrand on rhythm guitar and Bill Grenke, bass, and they played their first job at Brasserie Zinc on Minneapolis’ Nicollet Mall. Appearances at the Kitty Cat Klub in Dinkytown and other venues followed. Pretty soon the group was all over town, on cable TV, at the Sheldon Theater in Red Wing and elsewhere. They recorded a CD, “Swing In Djune,” in 2002.

I last heard them at the Minnesota History Center, in that hall with the window looking toward the State Capitol, playing for the wedding of a close friend of my daughter.

Parisota made it all the way to Orchestra Hall, on Feb. 18, 2005. The band was at its peak when Raphael was diagnosed with acute leukemia the following month. Raphael handled his illness with grace, courage and unshakeable faith.

In April 2005, singer Connie Evingson, who had worked with Parisota and other Hot Club bands on her 2004 CD, “Gypsy in My Soul,” helped organize a benefit for Raphael at the Dakota Jazz Club – which had moved into the space formerly occupied by Brasserie Zinc, site of Parisota’s first gig. The event included the other members of Parisota, the Clearwater Hot Club of Grand Rapids, Minn.; the Twin Cities Hot Club, Café Accordion Orchestra, Henry Blackburn’s Creole Four, and Michael Dregni, author of the recent best-selling biography of Django Reinhardt.

The disease took its cruel roller-coaster course in the ensuing year. As reported in this publication last winter, Raphael underwent a bone-marrow transplant that brought much hope and, for a time, a clean bill of health. He went home to France to recuperate but soon found the leukemia gaining ground again. He died May 7.

Raphael was honored on Leigh Kamman’s “The Jazz Image” on Minnesota Public Radio May 20. The following day his life and music were celebrated by the Mouldy Figs in Hopkins and by Connie Evingson and an expanded Parisota band at the Dakota. Cross of Glory Church in Hopkins was filled for a religious memorial service on May 23. Raphael’s mother was there, as she had been for the Sunday concert by the Figs.

I considered skipping this personal note, but guess I won’t. I lost my younger brother, Jim, to the same disease in September 1991, three days after his 47th birthday. He had been diagnosed in March. Nevertheless it’s only a coincidence, I think, that my oldest daughter – a chemist, singer and violinist – is doing postdoctoral research at the University of Chicago, working to improve the effectiveness of a leukemia treatment drug. Her laboratory is funded by the Leukemia and Lymphoma Society. So we can see some purpose in those unordered return-address labels.

On May 8, the day after Raphael died, Robb Henry added a truly moving page to the Parisota site including a message written by Raphael as liner notes for a forthcoming CD just 10 days before his death, and a track from that CD, recorded last summer: “Manoir de Mes Reves.” It’s an introspective tune by Reinhardt known in English as “Django’s Castle,” and Leigh Kamman has used Gerrry Mulligan’s recording of it for years as the opening theme for his radio show.

To return to my opening theme, it’s heartbreaking. 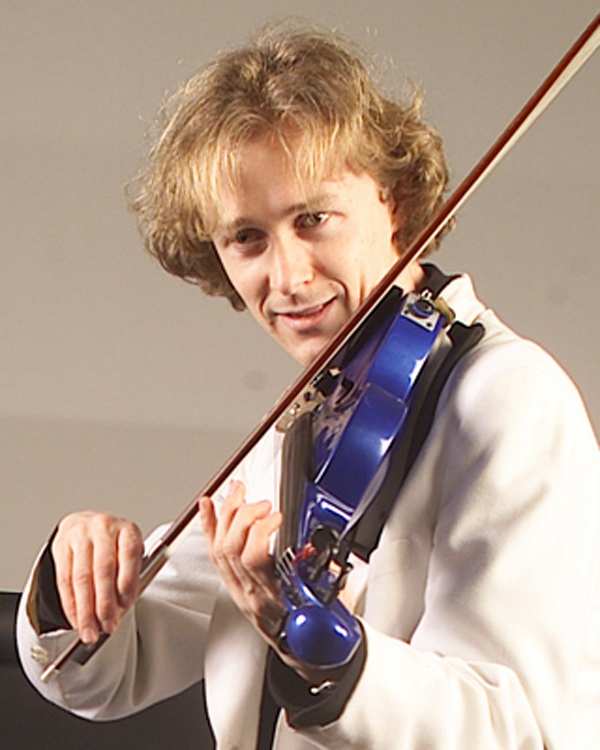 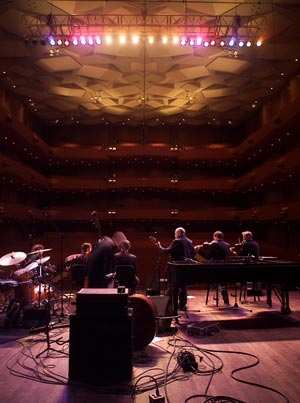